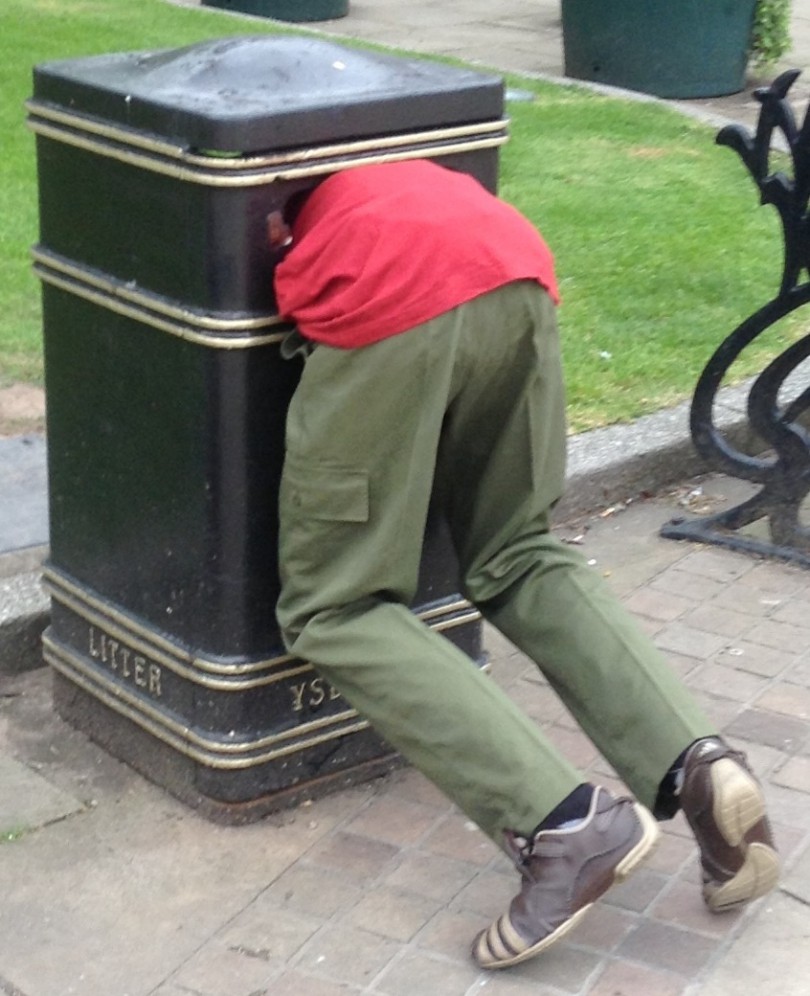 Down in the Dumps is a series of public art installations by artist Mark Roberts, aka Markrobla, featuring figurative sculptures that look like people stuck in bins. And at the end of last week Mark brought his work to those passing through Queens Square in the centre of Wrexham. 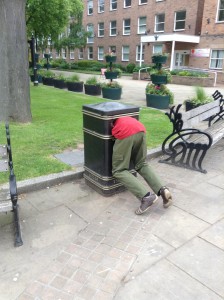 Picture taken from Marks Tumblr, check the link for more examples of his work


The figures are made out of tape & newspaper and adorned with real clothing to add to the illusion of a real person being caught in a precarious situation. The sculptures are striking enough to bewilder spectators and believable enough to refrain from raising suspicion of their material construction, one passer by Jessica Thomas said: “I sat there for ten minutes staring at it, thinking he was dead and wondering what to do”

A Wrexham Council spokesman has said the artwork was not cleared by them but no harm was done as the artist moved on and took the piece with him.

Mark, from Holywell, has previously shared work similar to this with the people of Cardiff while he was there studying towards his degree in Sculpture. Speaking to the Leader about his work, based on the Trompe-l’œil technique, Mark has said “the idea is to create an illusion and to trick people into thinking the figures are real”.

“People stop for a closer look and lots of them take pictures which is what I am aiming for”.

The idea behind his works is to draw attention, get people talking and entertain passersby. So with that in mind, how do we feel about public art appearing in Wrexham? We’d love to hear what you think over on twitter or facebook