On March 8th Undegun will be playing host to Twisted Showcase Live, an event where every episode of Twisted Showcase will be screened from its weird beginnings through to its weirder present. This night will also have stand-up comedian Norman Lovett and the Secateurs performing live as well as an open-mic to showcase local talent, courtesy of Voicebox. This will kick off a month long exhibition of all things Twisted Showcase, where you can come and hang out in Twisted Showcases headspace for a bit, and soak in the bizarre world they have created. 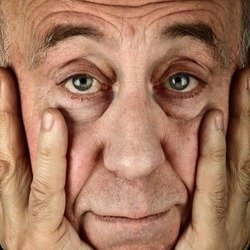 Twisted Showcase is a critically acclaimed web show, named in the Guardian’s top 25 web TV shows alongside David Lynch, Joss Whedon and Reeves & Mortimer. It’s an eerie anthology series which mixes horror, drama, psychological thriller and comedy to explore contemporary fears, sort of like a modern day Twilight Zone, only with shorter episodes. It was created by Robin Bell and Rhys Jones in 2012 in order to explore modern anxieties in an offbeat manner. Each episode sees a completely new plot and new characters, and always has an interesting and unique concept. They’ve worked on episodes with Gareth David-Lloyd (Torchwood, Doctor Who), Norman Lovett (Red Dwarf) and Sarah Louise Madison (Doctor Who), amongst others.