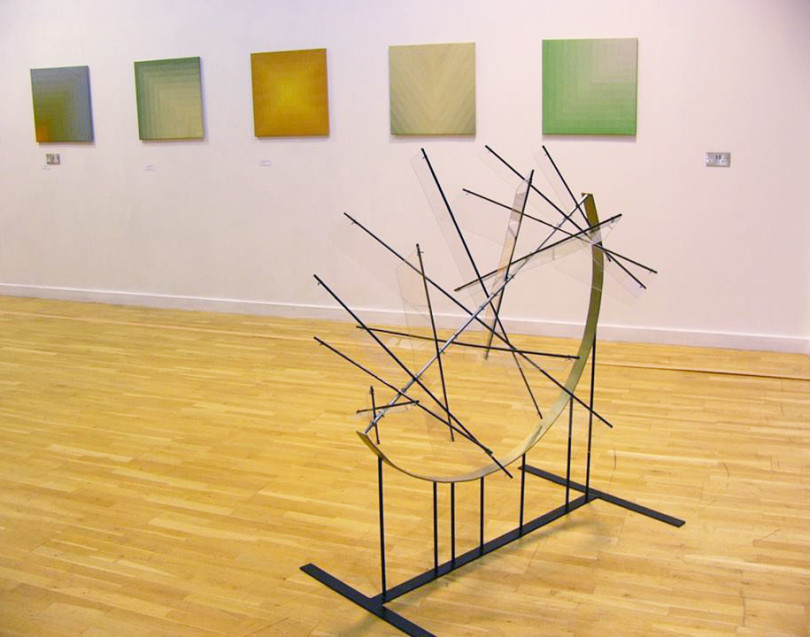 Posted by Kirsty
For the last day of our #12daysofartists we are happy to end this great list on a high with Glyndwr graduate Omar! We wanted to find out what he has been up to since graduating and exhibiting in 2014 at Galeri 3B.
Name :
Omar Bjorn Fjelle Batoctoy
Current Location :
Welshpool, Powys, Wales
Favourite place, and why? :
I can’t say I know or have been to many places. It’s hard to say what my favourite place is because everywhere is different and different aspects of places relate to different parts of me but I’ll give you a bit of an answer.
Of all the places I’ve been, the first place that comes to mind right now is Munich.
This will sound strange but from skateboarding, the surface texture of things like tarmac and concrete become extremely prominent because you ask yourself “would this surface be good for skating?” and if it’s smooth with few pebbles to stop you by surprise from wheel-bite then the thought follows “this place would be good to skate!”. The same way a painter likes a good canvas surface or a sculptor likes a good block of marble (In the case of Michelangelo Buonaretti), the same way a musician picks up an instrument and finds it’s a fine piece of equipment, I’ve never seen so much smooth concrete and tarmac in my life so far.
Favourite Reindeer :
I’ll be honest, the only one I know is Rudolph and I’ve never seen any of his work so I couldn’t comment.
5 Word Self Description :
Vain, opinionated, active, ambitious, honest
What is your current practice and what have you been up to?
For the last few years I have been creating a multitude of compositions. When I was studying Fine Art at Glyndwr university in 2013 I asked myself “how can I compose my work with as much diligence and intricacy as I do with my music?” as back then I was listening to so much music, I could probably express my ideas in my mind as music better than I could with words or even thoughts at times! So I did just that. My artwork took on a whole new reality after I realised that.
When my work became a little more refined the composition of structures became a means of expressing ideas and concepts. At least it was for me anyway.
Rewind about a year from now I flipped the perspective again and applied what Fine Art taught me and I asked myself for the sake of my music “how can I tell a story, express an emotion or idea through the means of sound without the use of words?” it’s a very long question and it isn’t exactly specifically that, but that is essentially what I am trying to achieve these days, months and probably looks like what could be a lifetimes work.
At what point in your life did you know you wanted to be an Artist? :
My parents are artists too and they inspired me very deeply seeing the feats they accomplished and witnessing the processes involved. Around about the age of 9 I absolutely wanted to be a professional dancer, just before I was in my teens, I wanted to be a special effects artist, when I moved here to the UK in 2005, after a few years I wanted to be a professional skateboarder (which is the art of making wood dance beneath your feet while maintaining your balance, grace and style).
After an injury to my right knee when I was 16, I was told I would’t be able to return to such an extreme sport so for the several months I couldn’t walk there was a guitar. After a few years I wanted to be a professional musician. Nowadays though, I’m really happy just to be able to compose whether my work gets sold or not.
Long story short, for most of my life I’ve wanted to be an “artist”

If you could buy your 10 year old self anything for Christmas what would it be?
A Transformer action figure or big load of Lego.. Even now, either of those things would not go a miss!

Is there anything in particular you are looking forward to this Christmas?
This is the first christmas I’ve had a decent income (growing up and being a big boy) so the thing I’m looking forward to the most is giving my family and friends some great presents and spending time with them. I don’t get to see them so much these days so it’s really nice that there’s the opportunity.

Have you got any plans for the New Year?
I have such an abundance of plans that I’m almost overwhelmed. But the general idea is that in the new year my mission is pretty much survive, thrive and be alive… And make loads of music that everybody can download or watch me play somewhere or both. Something like that.

If you could get anything for Christmas this year what would it be?
I would somehow get everybody in the world to be able to read and educate themselves to a point of enlightenment in which we would realise that violence and war is not a solution to any long lasting problem but a catalyst for even longer lasting and more threatening problems. Following that realisation the world would disarm and we would pour our resources and intelligence into improving the lives of every living and non living thing. That would be heaven. I’m asking for heaven.. Failing that, Lego will just have to do..