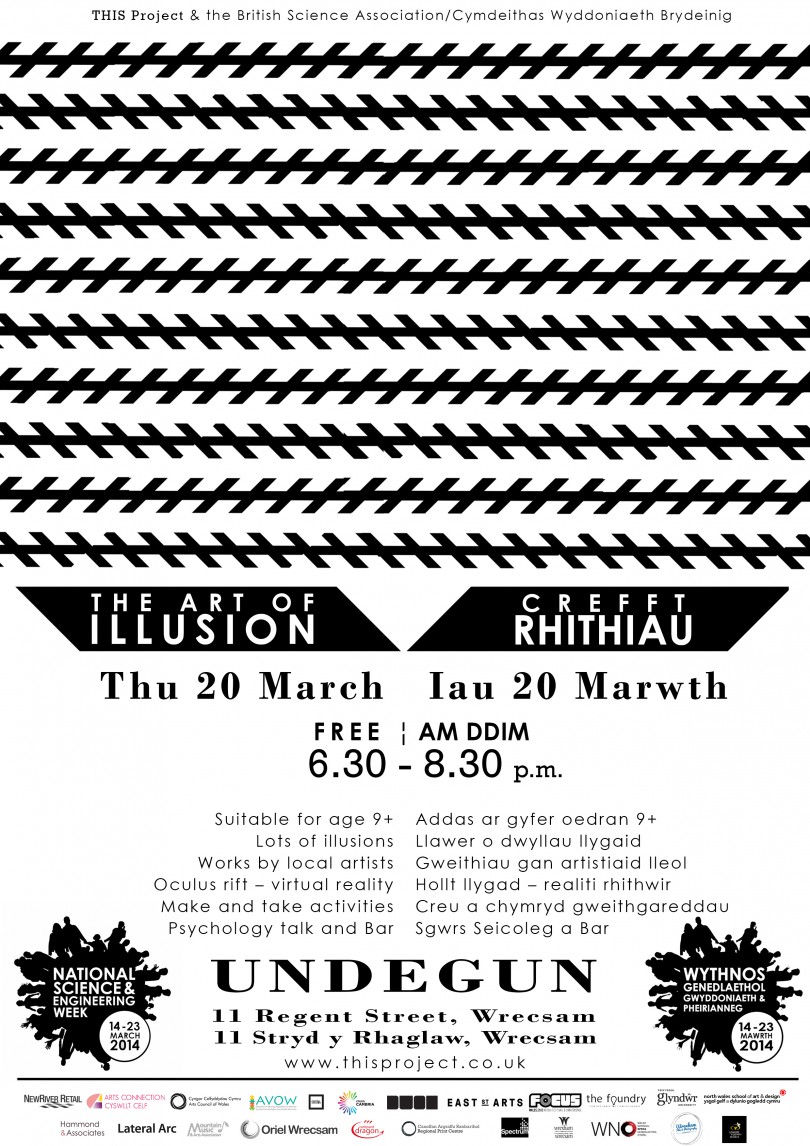 National Science and Engineering Week begins on March 14th, encouraging young people across the country to engage and participate in science. To celebrate this year’s event Wrexham artists have been brought together to create a new exhibition, based on scientific principles.

On Thursday March 20th, from 6.30 until 8.30 p.m., there will be a launch event for the exhibition. There will be original artwork on show alongside interactive displays, workshops, demonstrations and talks from scientists all on the theme of sensory illusions. There will also be an ‘Oculus Rift’ virtual reality experience. The event is free and open to all ages and the exhibition runs until Sunday April 6th.

THIS Project are collaborating on an event with the Wrexham branch of the British Science Association to take place at Undegun. The theme for ‘The Art of Illusion’ examines how our own senses can be tricked. The brief has been given as an open-submission to artists, and schools from Wrexham have also been invited to take part.

Rachel Mason, of the British Science association explains:
“National Science week is a time to inspire the young people of Britain and help stimulate their imagination of where a career in the science industry may take them. Working with local creative organisation THIS Project has allowed us to explore the themes associated with science and engineering in an easily understandable and unusual way, as well as showing what can be achieved by using relatively simple scientific concepts”.