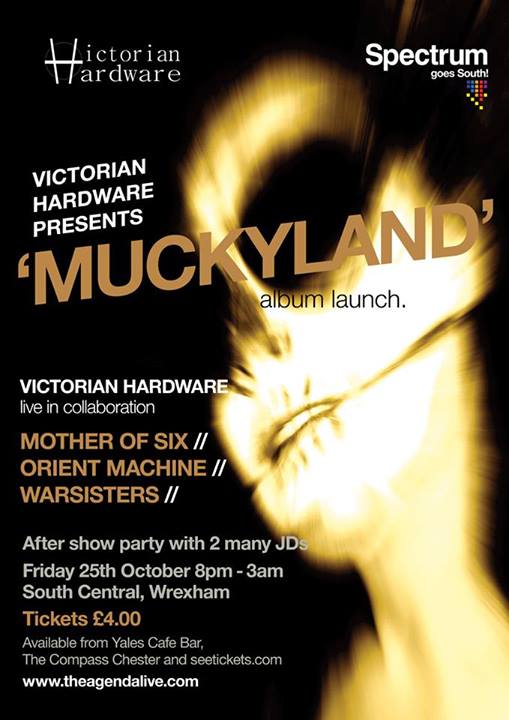 From Athlone in Ireland now based in North Wales comes Victorian Hardware. His one-man live show has been described as “hypnotic and gut-wrenching”. Capable of seamlessly blending moods to fit any night he has enjoyed slots with many local acts and has supported the likes of Kasabian, Pop will eat itself and Richard Fearless of Death in Vegas. Victorian Hardware always raises the bar and this particular show is set to be something special.

Victorian Hardware will be playing new noise from ‘Muckyland’ and the line up also features performances from, and collaborations with, some of the finest and most hard-hitting bands in town:

and finally, to complete our journey to the charred centre of this Muckyland, 2 MANY JD’S will demonstrate how music can turn you into elastic…

Tickets £4, available from the performers, Yales Cafe Bar, the Compass (Chester) and seetickets.com